A famille-rose 'Floral' bowl, the porcelain Yongzheng mark and period (1723-1735), the enamels later-added

A famille-rose 'Floral' bowl, the porcelain Yongzheng mark and period (1723-1735), the enamels later-added 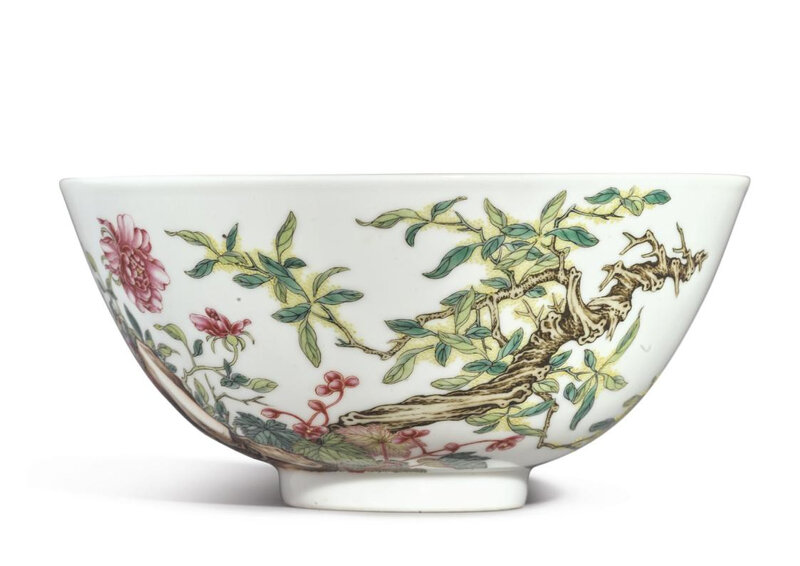 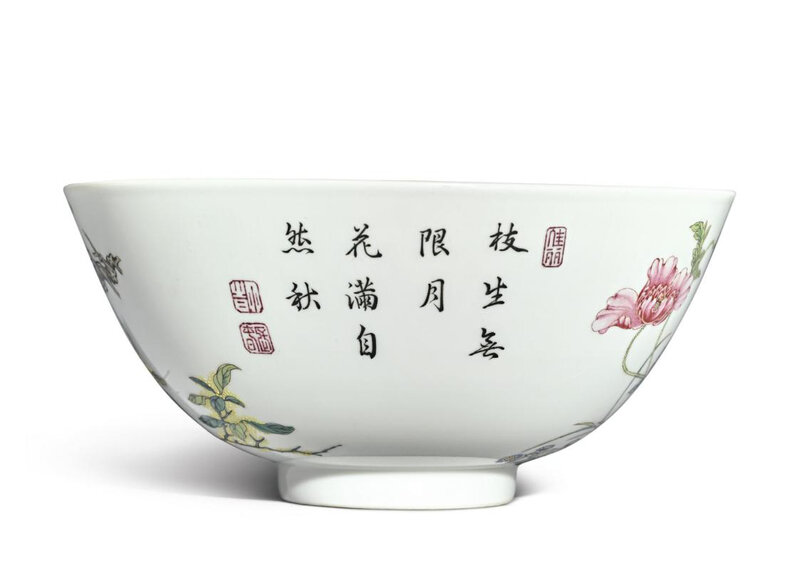 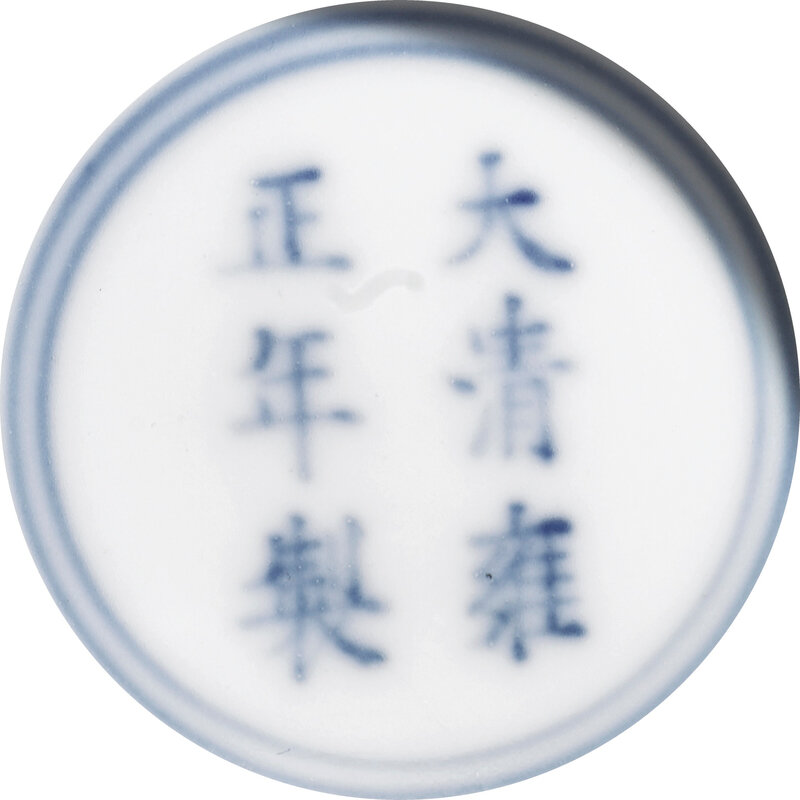 the rounded sides rising from a slightly tapered foot to a subtly lipped rim, the exterior later-painted in brilliant enamels with a rocky outcrop in the center of a garden in full bloom, a gnarled osmanthus tree growing to one side issuing tiny yellow blossoms amidst verdant leaves, tall peony stems towering above the other plants, their slender shoots bending under the weight of massive blossoms and buds poised to burst open, sprigs of blue aster and other varietals thriving below, a poetic inscription at the opposite side of the bowl reading zhi sheng wu Xian yue, hua man zi ran qiu ('branches nurtured for month upon month, flowers in full bloom, but now autumn'), the base with a six-character mark in underglaze blue within a double circle.

Note: Richly enameled with the style of falangcai porcelain of the Yongzheng period, the present bowl belongs to a small group of similarly enameled bowls which are now believed to have been painted during the early Republic period on undecorated Yongzheng mark and period bowls.

A small number of similarly enameled bowls were found in some of the most prominent collections of Chinese porcelain formed in the West in the first half of the 20th century. Chester Beatty (1875-1968) had a pair of very similar bowls, one of which was included in the International Exhibition of Chinese Art, 1935-6, Royal Academy of Arts, London, 1935, cat. no. 2286 as 'Yongzheng mark and period'. The pair was sold at Sotheby's London, 23rd October 1953, lot 34, where they were purchased by Bluett's on behalf of Henry Knight (d. 1971) for £520. One of the pair was subsequently offered at Christie's Hong Kong, 17th January 1989, lot 686, and the pair was later reunited and sold together in our London rooms, 20th June 2001, lot 12, by which point they had been reattributed as being later-enameled.