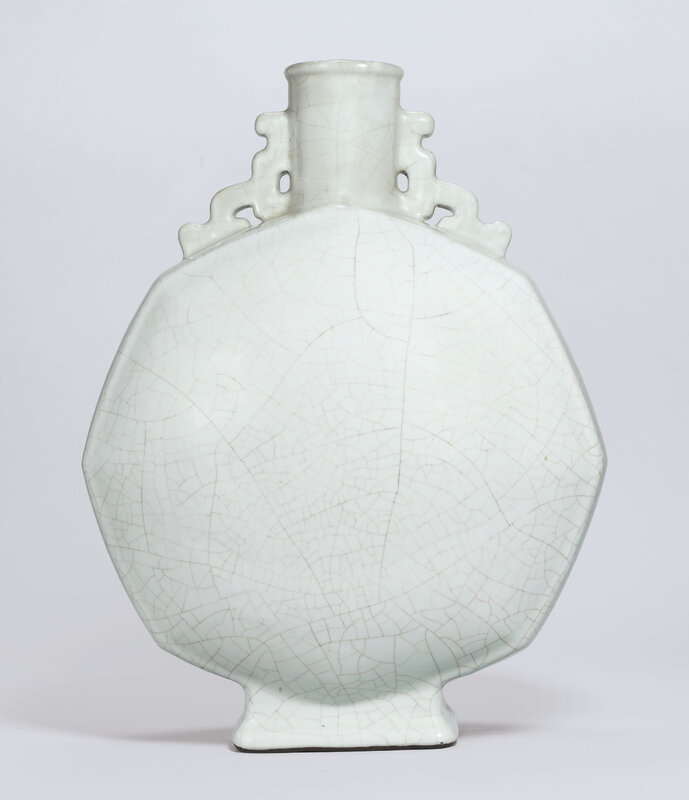 The moon flask is sturdily potted with a flattened octagonal body raised on a tapered foot and rising to a cylindrical neck flanked by a pair of openwork archaistic handles. The vase is covered under an even crackled glaze of bluish-grey tone. The foot is dressed brown..

Note: A number of different forms are known amongst surviving Yongzheng moon flasks, such as circular and quatrelobed forms. However, it is the octagonal form, such as the current vessel, which appears to be the rarest. Compare to a very few examples of Yongzheng-marked octagonal moon flasks of similar sizes, including a Ge-type glazed one (48.4 cm.) sold at Christie’s Hong Kong, 2 December 2015, lot 3104; and a blue and white one designed with geese on a river bank (48.5 cm.), sold at Christie’s Hong Kong, 1 December 2010, lot 3051.