Exhibition aims to reframe our view of photography

Exhibition aims to reframe our view of photography 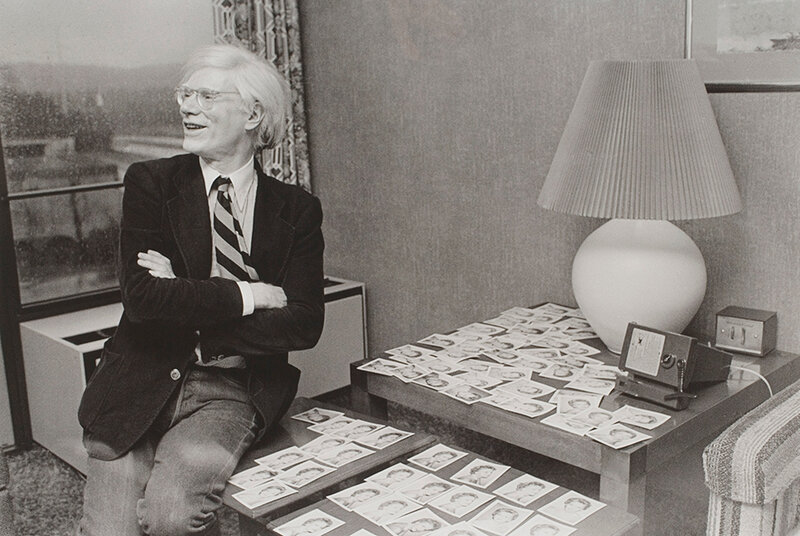 WORCESTER, MASS.- The Worcester Art Museum is presenting Photo Revolution: Andy Warhol to Cindy Sherman, a new exhibition that demonstrates photography’s profound influence on contemporary art in the mid- to late 20th century. For much of its history, photography—and other photo-based arts such as film and television—were seen by art historians as secondary media, and artists who used them were typically identified by their “primary” medium of painting or sculpture. This persisted into the 1980s, even as photography moved from being a supporting medium to taking a central role. Beginning with the rise of Pop art in the late 1950s and, especially after its explosive take-off in the 1960s, it was photo-based media that drove much artistic innovation. Including more than 225 works demonstrating how photography proved foundational to major art movements in the 1960s, ‘70s and ‘80s, the exhibition is on view at WAM from November 16, 2019 to February 16, 2020.

“Many of the most visually striking and politically or emotionally engaging moments of the 20th century—from the assassination of President Kennedy, to the Vietnam war, to the moon landing—occurred during a period of transition from the dominance of the still photographic image to the increasing prevalence of film and video,” said the exhibition’s curator Nancy Kathryn Burns, Stoddard Associate Curator of Prints, Drawings, and Photographs at the Worcester Art Museum. “The images of these major events further cemented a shift in our understanding of and relationship to photography itself. During this same period, cameras were proliferating at home, the cost of developing prints continued to decline, and machines capable of making cheap and instantaneous copies of an image or object became widely available. The growth of photography as a consumer medium began to carry over into and influence the artists of the time, pushing photography from being the province of a select few artists to the dominant form capable of delivering the real—or seemingly real—images that both artists and consumers now desired.” Structured along a loose chronology, Photo Revolution includes photographs, collages, prints, film and related time-based media, as well as a selection of paintings and sculpture. The exhibition begins in the 1960s, when artists like Diane Arbus and Garry Winogrand demonstrated how photography could capture and reveal new insights into people’s everyday lives. Others such as Roy Lichtenstein and Andy Warhol heralded a return to representational painting and printmaking—often by creating works that were either inspired by or sought to mimic photography and the presentation of a “real” image.

By the late 1960s and early 1970s, many artists had begun locating photography at the center of their work, adapting photographic images into silkscreens and collage, as well as exploring the artistic possibilities of television, film, and video. While some of these works could be framed and hung, the increasing ease of reproducing images meant opportunities for exploring completely new formats and media, like the short-lived fashion fad of screenprinted paper dresses, made by artists such as Harry Gordon, which will be featured in the exhibition. During this same period, artists like John Baldessari and VALIE EXPORT begin exploring the artistic possibilities of television and related time-based media, in some cases using them for repetition and rotation of static images, and in other cases capturing performance pieces that then exist only through the resulting film and video works. In the ‘70s, the photographic image continued to hold a central place within contemporary art. Cindy Sherman, Nan Goldin, and others used photography to engage with and challenge questions of identity and belonging and to explore the medium’s capacity for humor and deception. But for other artists, such as Mike Mandel and Lesley Schiff, photography allowed them to engage—and also challenge—the viewer. For example, as visitors to the exhibition will see, Mandel’s Baseball Photographer Trading Cards (1975) play with the conventions of the iconic Topps baseball card. Instead of baseball stats, they show images and stats for many of the sport’s great photographers. Schiff’s works, on the other hand, use a photocopier to create images that confuse their origins while appropriating a process more often associated with offices than art, not the gallery space. Schiff’s Baby Doll (1981) draws on the common household object of a child’s toy, but transforms it into an object at once recognizable and otherworldly using an everyday tool.

Responding to the tumultuous social and political climate, artists used photography to address themes of racial, social, and political inquiry. Photographs like John Dominis’s Black Power Salute, Mexico City Olympics (1968), and John Paul Filo’s Kent State (May 4, 1970) helped to document and cement these moments in people’s minds. Lorraine O’Grady’s Young Queens (L: Nefertiti, age 24; R: Devonia, age 24) (1980/1994) and Joe Brainard’s If Nancy had an Afro (1972) play with the well-established figures—such as the ancient Egyptian Queen Nefertiti, or the comic strip character Nancy—to ask questions about our common understanding of these figures, and connecting them, both pointedly and playfully, with other cultures and identities. Finally, Photo Revolution presents a range of “everyday” photographs, from lost-and rediscovered instant camera images of unknown people or objects to Andy Warhol’s many candid Polaroids of celebrities such as John Kennedy Jr. and Lee Radziwill. Drawing in part on a substantial gift of vernacular photography from collector Peter J. Cohen, the exhibition demonstrates that the pervasiveness of photography as a medium does not undercut its impact as an art form. Rather, these images—most of which are unsigned, undated, and unidentifiable—reflect people’s desire to capture artfully their daily joys and challenges, as a precursor to the Instagram culture of today.

“Photo Revolution: Andy Warhol to Cindy Sherman revisits the 1960s through 1980s from a viewpoint that champions photography as a driving force in contemporary art,” said Matthias Waschek, the C. Jean and Myles McDonough Director of the Worcester Art Museum. “But while it draws on the Worcester Art Museum’s extensive collection of prints and photographs, it is not really a photography show. Instead, it is an opportunity to track some of the most eclectic and flourishing art movements of the mid- to late-20th century, when artists working in painting, sculpture, printmaking, film, and photography all inspired each other to new heights. I want to thank Nancy Burns for her incredible insights that led first to the thesis and then to the show itself, and also thank the many lenders whose works underscore important moments within the overall narrative.” Commentaires sur Exhibition aims to reframe our view of photography