Masterpiece by Rembrandt pupil Willem Drost loaned to the Rijksmuseum

Masterpiece by Rembrandt pupil Willem Drost loaned to the Rijksmuseum 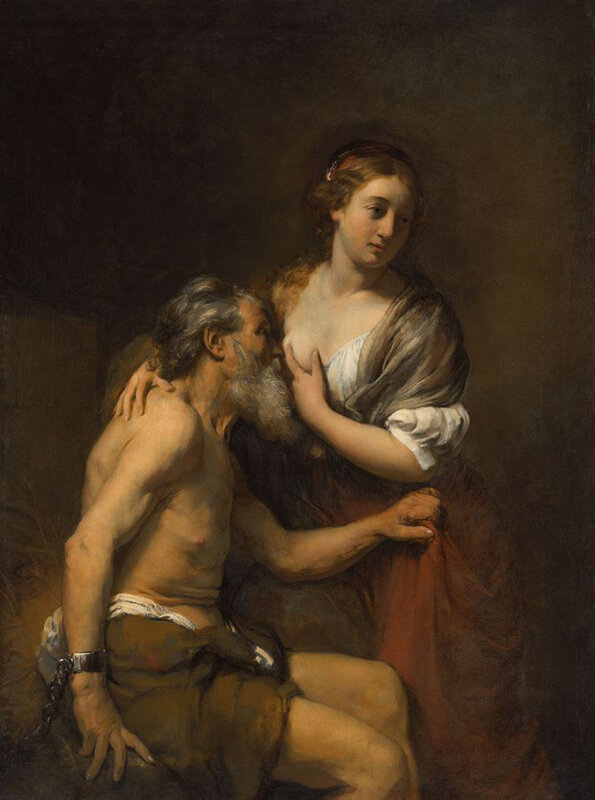 AMSTERDAM.- The Rijksmuseum has received on long-term loan a rare work by the artist Willem Drost, a pupil of Rembrandt. Painted around 1655, Cimon and Pero is owned by the Broere Charitable Foundation and the tenth object from its collection to be placed on long-term loan with the Rijksmuseum. Cimon and Pero is the largest known canvas by Drost, who died at an early age, and the first to be added to the Rijksmuseum collection. It now hangs in the museum’s Gallery of Honour.

Taco Dibbits, Director of the Rijksmuseum: “It’s fantastic that there are people who buy art in order to share it. Millions of people will now be able to enjoy this painting by Rembrandt’s most important pupil thanks to the Broere Charitable Foundation.”

There are 41 known works by Willem Drost (1633-1659), who was a pupil of Rembrandt in Amsterdam before leaving to work in Italy. Drost painted Cimon and Pero, his largest work, in Venice at the age about 22 – he was to die just a few years later. In Cimon and Pero Drost clearly incorporates Italian influences in a Dutch style of painting. The story of Cimon and Pero, which has its origins in Roman antiquity, centres on the subjects of ultimate sacrifice and charity: Cimon has been sentenced to death by starvation, and his daughter Pero who visits him in jail keeps him alive by secretly breastfeeding him.