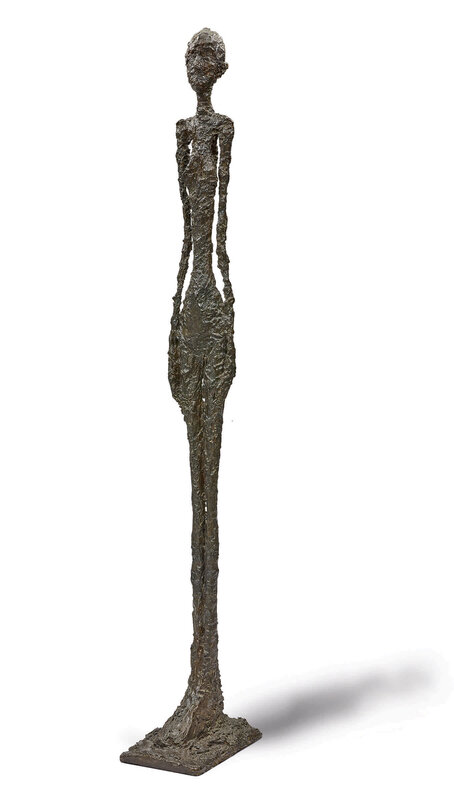 NEW YORK, NY.- Sotheby’s announced In Confidence: A Masterpiece by Alberto Giacometti, a “sealed bid” private sale offering of the artist’s monumental Grande femme I. The sale is open for confidential bidding starting today through 27 October, in advance of Sotheby’s marquee Evening Sales of Contemporary and Impressionist & Modern Art 28 October in New York.

Grande femme I is one of a series of four monumental female figures, each standing approximately nine-feet tall, which Giacometti created for an unrealized outdoor sculpture installation in Chase Manhattan Plaza in New York. A lifetime cast created in 1960, the sculpture is the finest and grandest in scale by Giacometti to come to market since the record-breaking sale of L'homme au doigt in 2015.

The “sealed bid” process represents an open, competitive, and timed private sale, in which all interested parties must file their interest with a sealed “best bid” offer. All qualified buyers can submit a confidential offer for the work, which is being offered subject to a reserve. The minimum starting bid is $90 million. At the closing of the sale on Tuesday, 27 October, at 12PM EDT, all sealed bids will be reviewed by Sotheby’s General Counsel and an outside auditor. All bids are considered irrevocable at the time of their submission. The highest bidder will acquire the work, subject to the rules and regulations of the sale, which can be found at sothebys.com/inconfidence.

Brooke Lampley, Sotheby’s Vice Chairman, Global Fine Arts, commented: “Grande femme I is the culmination of Alberto Giacometti’s lifelong project to sculpt the human, and specifically female, body. Beginning during wartime, Giacometti’s first representational works were tiny figures designed to fit in a matchbox and would grow ever larger in subsequent decades. Approximately nine feet tall and conceived to stand among the skyscrapers of lower Manhattan, the monumental Grande femme I is the climactic summation of this defining body of work. Works of this scale and grandeur by the artist have achieved record prices at auction, with comparable works selling for more than $100 million. Grande femme I is Giacometti’s final realization of both his ambition to sculpt in massive and haunting proportion, and his dedication to the female subject—a rare synthesis in his body of work and an emblem of his distinct contribution to the history of Modern sculpture.”

Amy Cappellazzo, Sotheby’s Chairman, Global Fine Arts, remarked: “We are extremely excited to share such a monumental sculpture by Alberto Giacometti in an innovative and creative sale format. Presenting such a unique and unparalleled work in a way that combines the benefits of a private sale and an auction, we have created a bespoke sale that was designed for this moment in time. Showcased alongside highlights from our marquee Evening Sales of Contemporary and Impressionist & Modern Art, the offering of Grand femme I at such an important juncture of our amended fall sale schedule further underscores the strength of the market and the flexibility we’re able to provide our clients and consignors.”

Grande femme I will be on view by appointment at Sotheby’s York Avenue galleries in New York beginning 21 October, through 27 October, alongside highlights from the upcoming marquee Evening Sales for Contemporary and Impressionist & Modern Art, which will be livestreamed to the world 28 October.

GRANDE FEMME I
Alberto Giacometti’s Grande femme I is one of a series of four monumental female figures, each standing approximately nine feet tall, which Giacometti created for an outdoor sculpture installation in Chase Manhattan Plaza. While the installation was never completed, the Grandes femmes series became iconic in their own right, and have been widely exhibited both independently and as an ensemble since their conception in 1960. Of all Giacometti’s sculptures of standing women, Grande femme I is perhaps one of his most dramatic. The figure’s haunting, elongated form, immobilized by large feet that are firmly rooted to their base, towers over the viewer with the permanence and fortitude of a giant tree. The initiative for creating this series came about in 1956, when Gordon Bunshaft, the architect for the Chase Manhattan Bank building in New York City’s financial district, asked Giacometti to design a group of sculptures for the building’s large plaza on Pine Street. Initially Bunchaft had envisioned for the plaza an enlarged version of Giacometti’s Three Walking Men of 1949, heightening the original sculpture to nearly sixty feet to suit the scale of the sixty-story building. Instead, Giacometti proposed an entirely new composition that would be tailored to the proportions of the space in question. This proposed sculptural ensemble would consist of a head on a pedestal, a walking man and a standing woman—three themes which dominated the artist’s oeuvre. Working from a cardboard scale model of Chase Manhattan Plaza, Giacometti created variant small models of these figures in his studio in Paris. In 1960, he finally cast a head, two variations of the walking man and four different tall standing women.

Giacometti never submitted his final versions of these sculptures to the selection committee in New York, and his intentions for displaying these works in the plaza were never fully clarified. Having never visited New York City at the time of their conception, his reservations rested mostly with his mixed feelings about the size of the Femmes, which he felt were too tall in their context with the building. But, when he finally visited New York in 1965 and saw Chase Manhattan Plaza for the first time, his feelings about the size of his sculptures suddenly changed, and he even proposed making his Grandes femmes twenty-five feet tall. Although his brother Diego created an armature for this project, Giacometti died before he could ever complete the work, and the Grandes femmes of 1960 remained the largest sculptures of Giacometti’s oeuvre and the embodiment of his newfound appreciation of sculptural monumentality. Chase Manhattan Plaza in the 1960s.

The present cast of Grande femme I, cast during the artist’s lifetime in 1960, comes from an edition of nine bronzes cast between 1960 and 1981. Other casts from the edition reside in the permanent collections of the Museum of Fine Arts, Houston; the Tehran Museum of Contemporary Art, Tehran; The J. Paul Getty Museum, Los Angeles; the Fondation Maeght, Saint-Paul-de-Vence; and the Fondation Giacometti, Paris. 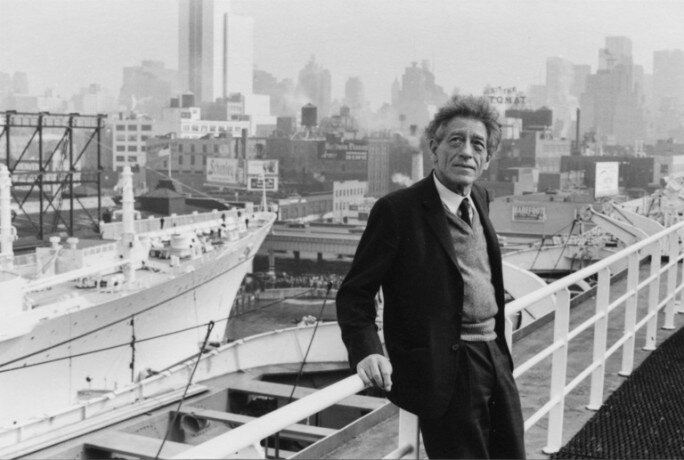