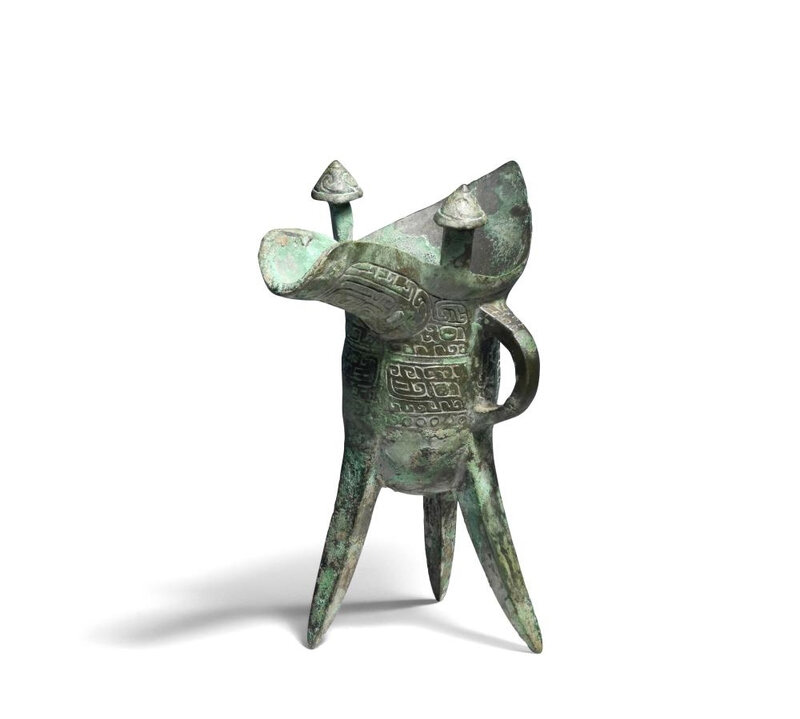 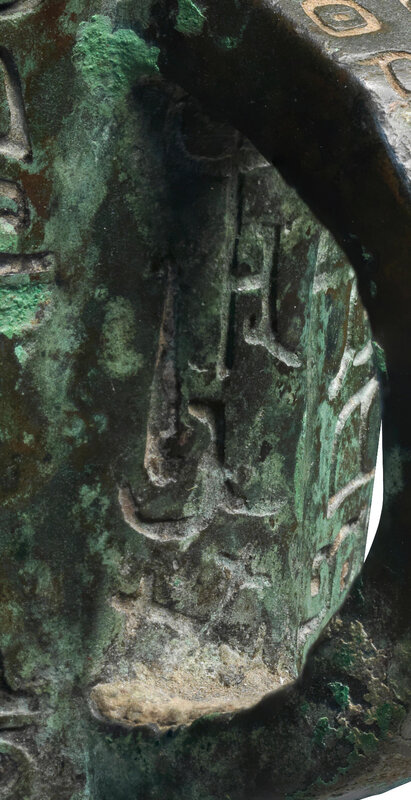 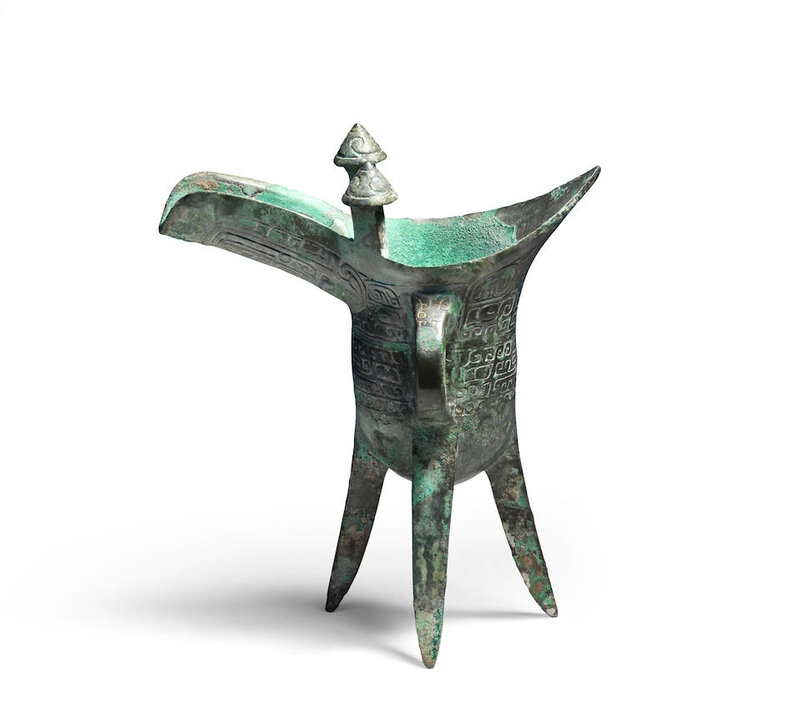 The vessel with a deep U-shaped body rising to a pointed rim opposite a long channelled spout, flanked by a pair of posts capped with conical 'fire-whorl' medallions, all supported on three narrow tapered legs, the exterior intricately cast in low relief with two registers of taotie scrolls, one side set with a curved handle issuing from a bovine mask, a three-character inscription Shi Fu Gui cast beneath the handle, the surface with an overall greyish-green patina with areas of malachite encrustation.

Note: A bronze jue, 'Chih-fu-hsin' wine vessel, Shang dynasty (1766-1122 BC), of similar form and decoration, is in the collection of the National Palace Museum Taipei, see Masterworks of Chinese Bronze in the National Palace Museum, Taiwan, pl.44. See also a jue with similar design on the main register and under the spout, illustrated by J.Rawson in Western Zhou Ritual Bronzes from the Arthur M. Sackler Collections, Washington D.C., 1990, vol.IIB, pp.639-639, no.105.