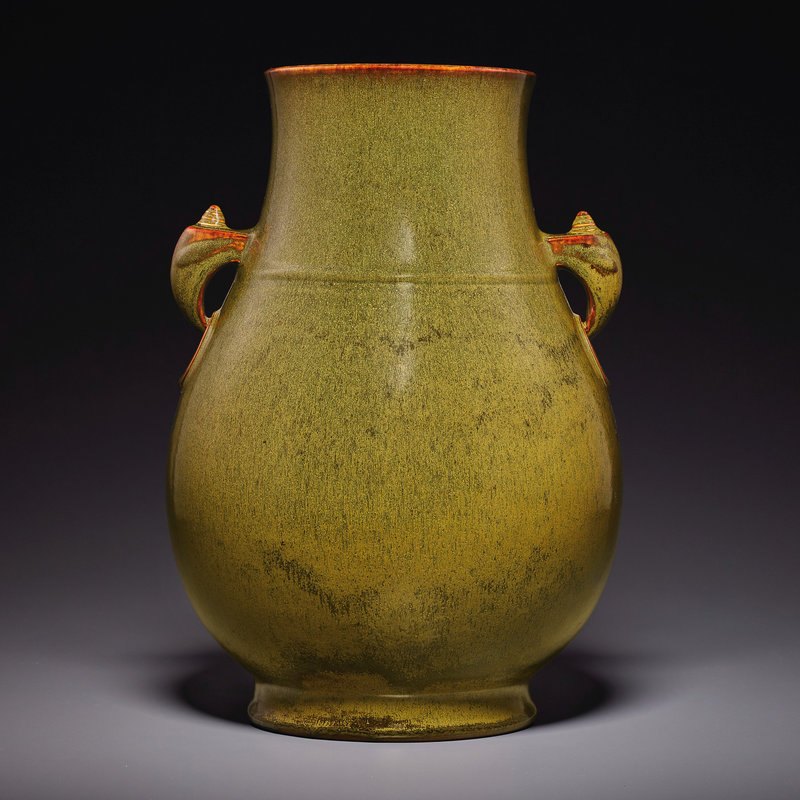 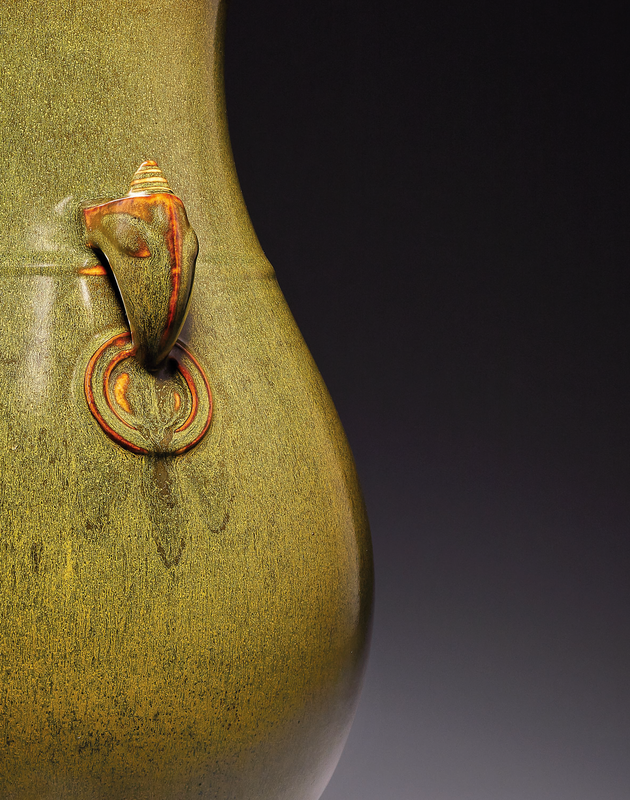 The pear-shaped vase tapers to a waisted neck that is flanked by two elephant-head handles suspending fixed rings, and is covered overall with a glaze of mottled, olive-green color, the foot is covered with a dark brown wash.

Provenance: Private collection, Kyoto, Japan, acquired in 1910-20 and thence by descent within the family.