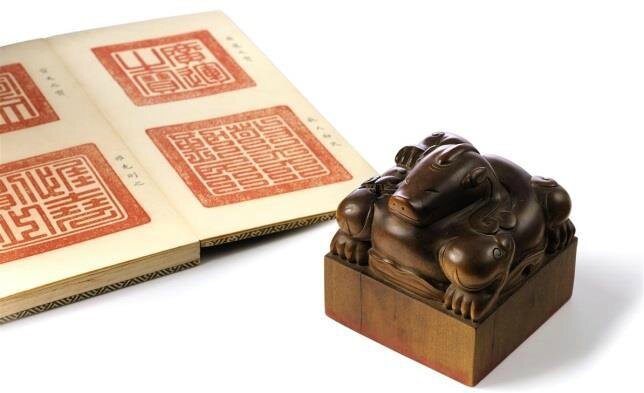 Hong Kong, 11 March 2016. This Spring Sotheby’s Hong Kong is honoured to present the Most Important Chinese Historical Object ever to be offered at Auction. Bearing the inscription “Revere Heaven and Serve thy People”, the Seal of the Mandate of Heaven (Estimate upon request) is the largest and most powerful ever carved for the Kangxi Emperor, the greatest and longest reigning monarch of China. Two other important historic objects of the period will be offered to complement this extraordinary seal: the Yuanjianzhai seal, and one of only two existing copies of the personal record of the Kangxi Emperor’s seals, in which the exact impressions of both seals are recorded. All three lots will be offered in a dedicated themed sale titled Kangxi – Emperorship and Power on 6 April 2016 at the Hong Kong Convention and Exhibition Centre.

Nicolas Chow, Deputy Chairman, Sotheby’s Asia, International Head and Chairman, Chinese Works of Art, said, “It is an unprecedented privilege for us to handle such an important historical relic of China's Imperial past. This seal is emblematic of the Mandate of Heaven, which has legitimised the authority of rulers in China since the dawn of recorded history. This almighty principle was also the single guiding light for the Kangxi Emperor, China’s longest reigning emperor, who is credited for completing the conquest of China, anchoring the Qing dynasty and ushering in a long period of great prosperity and peace. The Kangxi Emperor was the single most powerful person on earth at the time, ruling over a vast Kingdom and over 100 million subjects.”

THE SEAL OF THE MANDATE OF HEAVEN

The most important Chinese historical object ever to be offered at auction, the Seal of the Mandate of Heaven is unusual among Qing imperial seals as it testifies to the close correspondence between Kangxi’s philosophical ideals and his deeds as emperor. The seal was so important that during Kangxi’s reign it was at all times kept in the Palace of Ultimate Purity (Qianqinggong), where Emperors entertained and a major venue for their policymaking. His son and grandson the Yongzheng and Qianlong Emperors, together with Kangxi, were the three greatest Emperors of the Qing dynasty, and they all had identical seals carved as they believed that the Imperial motto would bestow authority and blessing onto their reign. “This one seal has been used by three generations and has yielded an unlimited amount of blessings on the realm. Why have I had its text carved again? It is because of its important meaning.”
- [Qing] Hongli [the Qianlong Emperor], Yuzhishi erji, vol. 1.

The Mandate of Heaven – Key to Legitimacy & Emperorship
The Mandate of Heaven (tianming) is the philosophical tenet that Heaven granted emperors the right to rule based on their ability to govern and their righteousness and was used throughout the history of China to validate and legitimise the rule of the emperors of China. According to this belief, Heaven will only bestow its mandate to a just and virtuous ruler, the Son of Heaven. Otherwise, the Mandate and thus his right over his kingdom and subjects will be forfeited in favour of someone better qualified. The overthrow of an emperor was often interpreted as the loss of the Mandate of Heaven. The kings of the Zhou dynasty (1046-256 BCE) first used the concept of the Mandate of Heaven to legitimise their rule and the overthrow of the earlier Shang dynasty (1600-1046 BCE).

The Kangxi Emperor – The Son of Heaven
As a non-Han Chinese ethnic ruler leading a dynasty barely established two decades before, Kangxi (pictured right) engaged in a relentless, almost obsessive pursuit of the Mandate of Heaven, working tirelessly to demonstrate his righteousness. He developed political reform to centralise power and maintain the unity of his empire; and emphasised both economic and cultural development, driving his country to unprecedented heights. Kangxi built the foundation for the golden age of the Qing dynasty. He undoubtedly discharged his heavenly duty like no other emperor before or after him. Kangxi often expressed his devotion to his subjects, whom he considered the reason for the existence of imperial rule:

“Heaven gave birth to the subjects and then established Emperorship, not simply to bestow exceptional status or fortune on the emperor, but also to entrust him with the responsibility of moral cultivation, so that nobody within the four seas and the nine continents would be deficient in it.”
- [Qing] Xuanye [the Kangxi Emperor], Yuzhiwen ji, vol. 19. 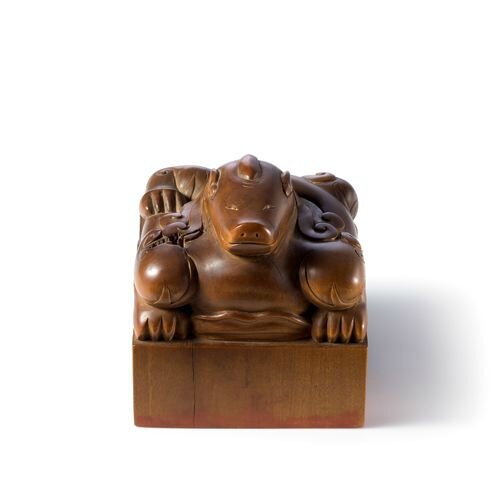 Two other important historic objects of the period will be offered to complement this extraordinary seal, namely the Soapstone ‘Yuanjian Zhai’ Seal and the Kangxi Baosou, the only copy of the complete record of the Emperor’s seals in private hands. It is an extraordinarily fortuitous event to assemble these three exceptional legacies of Kangxi’s Emperorship in this auction. 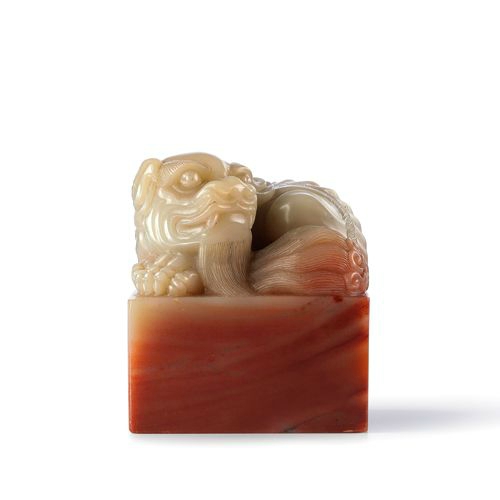 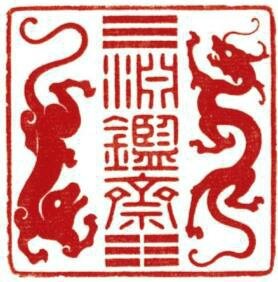 The soapstone seal is carved with the characters of the Yuanjianzhai (‘Studio of Profound Discernment), the Kangxi Emperor’s favourite personal retreat in the Imperial gardens northwest of Beijing, the studio where he cultivated his passion for calligraphy and research into Western science and art. The carving is of superlative quality, and is exceptional for featuring a dragon and a tiger in addition to mystical trigrams, a specific combination for evoking his status as the unsurpassed ruler of heaven and earth. The unusual positioning of the seal text between double dragons on this seal is a feature that was specifically commented on by Jean-François Gerbillon, the famous Jesuit missionary and close confidant of the emperor, when he was invited to inspect the Emperor’s seals in 1690 in the Yangxindian.

KANGXI BAOSOU - THE PERSONAL RECORD OF THE KANGXI EMPEROR’S SEALS Both the Soapstone ‘Yuanjian Zhai’ Seal and Seal of the Mandate of Heaven are also recorded in the Kangxi Baosou, a complete record of the Emperor’s seals commissioned in 1781 as an act of piety by his grandson, the Qianlong Emperor. Only two copies were produced. The one offered in the upcoming sale is the only example in private hands, while the other copy is preserved in the Palace Museum, Beijing.