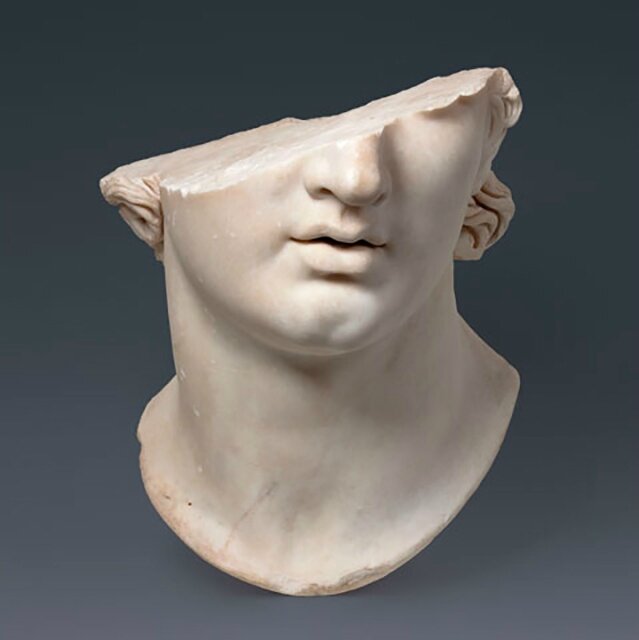 NEW YORK, NY.- The conquests of Alexander the Great transformed the ancient world, making trade and cultural exchange possible across great distances. Alexander’s retinue of court artists and extensive artistic patronage provided a model for his successors, the Hellenistic kings, who came to rule over much of his empire. For the first time in the United States, a major international loan exhibition focuses on the astonishing wealth, outstanding artistry, and technical achievements of the Hellenistic period (323–30 B.C.)—the three centuries between Alexander and Cleopatra. Pergamon and the Hellenistic Kingdoms of the Ancient World, which opened April 18 The Metropolitan Museum of Art, brings together more than 265 exquisite objects that were created through the patronage of the royal courts of the Hellenistic kingdoms, with an emphasis on the ancient city of Pergamon. Examples in diverse media—from marble, bronze, and terracotta sculptures to gold jewelry, vessels of glass and engraved gems, and precious metals and coins—reveal the enduring legacy of Hellenistic artists and their profound influence on Roman art. The ancient city of Pergamon (now known as Bergama, in present-day Turkey) was the capital of the Attalid Dynasty that ruled over large parts of Asia Minor. The exhibition represents a historic collaboration between The Met and the Pergamon Museum in Berlin, whose celebrated sculptures comprise approximately one-third of the works on view. Numerous prominent museums in Greece, the Republic of Italy, other European countries, Morocco, Tunisia, and the United States are also represented, often through objects that have never before left their museum collections.

After the military triumphs of Alexander the Great and his successors, the influence of Greek culture was felt from the Indus River valley to the Straits of Gibraltar. The concentration of wealth and power in the newly established Hellenistic kingdoms—the Ptolemaic, Seleucid, Attalid, and Antigonid—and the sovereign realm of the kings of Syracuse in Sicily fostered an unparalleled burst of creativity in all of the arts. The melding of Classical Greek with predominantly Eastern cultural traditions brought about new standards and conventions in taste and style. The exhibition begins with Alexander, whose court sculptor Lysippos was one of the most innovative and influential artists of his time. He alone was permitted to create official portrait sculptures of the king. Although no works by Lysippos survive, the exhibition features fine later copies, as well as Hellenistic art influenced by his groundbreaking style. A series of large-scale portraits of major Hellenistic rulers from the Villa dei Papiri at Herculaneum—never before shown in the United States—represents the largest group of Hellenistic royal portrait sculpture from a single archaeological context. In addition, recently excavated works from Macedonia suggest the sumptuous lifestyle and elaborate funerary practices of Hellenistic royalty.

With its extensively excavated upper and lower citadel, nearby Asklepieion (healing sanctuary), and graves outside the city walls, Pergamon is one of the best-preserved examples of a royal capital of the Hellenistic period. A selection of historical archaeological materials—original finds, a field notebook, photographs, technical drawings, and watercolors—as well as two 19th-century panoramic paintings convey Pergamon’s long history as an archaeological site. The exhibition features the most recent effort to bring the ancient citadel to life, a 360-degree panorama by the artist Yadegar Asisi. Many years in the making and reflecting current scholarship, Asisi’s panorama of Pergamon in 129 AD was the focus of a 2011 exhibition in Berlin. The patronage of the Hellenistic kings led to the development of new institutions—libraries and museums, in particular—that have become pillars of modern civilization. The concept of art history and the practice of connoisseurship also began at this time. Pergamon’s sanctuary of Athena, goddess of wisdom, is represented by the 13-foot Hellenistic marble statue of Athena Parthenos, newly restored for this exhibition. The importance of the epic poet Homer in Hellenistic times is highlighted by means of the allegorical sculptural relief known as the “Apotheosis of Homer,” which was made to celebrate the victor of a poetry competition. At the height of their powers in the third and second centuries B.C., the Attalid rulers of Pergamon controlled a large territory of Asia Minor. The accomplishments of the Attalid kings are showcased through royal monuments; sculptural reliefs of military trophies from the Sanctuary of Athena at Pergamon illustrate the spoils of war; and actual military equipment from the period, embellished with dynastic and religious symbolism, demonstrate the skilled artistry of Hellenistic armorers. A highlight of the exhibition are the sculptural elements from the Great Altar at Pergamon—whose dramatic style was a radical departure from earlier styles and influenced much of later European art. Sculptures from the roof of the Great Altar, a selection of slabs from the Telephos Frieze, and jewel-like architectural elements that decorated its inner open-air chamber, together with sculptural fragments from the monumental Gigantomachy frieze, convey the awe-inspiring power of this unique sculptural monument.

Opulent luxury items in various media were produced by artisans for royalty and other elites. Images of the Attalid royal family give a face to the people who hosted elegant banquets with sophisticated entertainment in royal palaces. The practice of cameo engraving—invented in the Hellenistic period—is represented by one of the largest and most spectacular examples known: The “Vienna Cameo” depicts a king and queen from Ptolemaic Egypt richly attired and imbued with divine symbolism. Exquisite ancient glass, gold and silver vessels for banqueting and religious rituals, coins with royal portraits, engraved gems, and jewelry from all parts of the Hellenistic world reveal the mastery achieved by Hellenistic artisans in the employ of royalty. A small selection of actual furnishings evokes the lavish décor of the palaces themselves, which would have included such elements as mosaic floors; decorative sculpture; furniture of wood, marble, and bronze; and painted stucco walls featuring figural scenes. 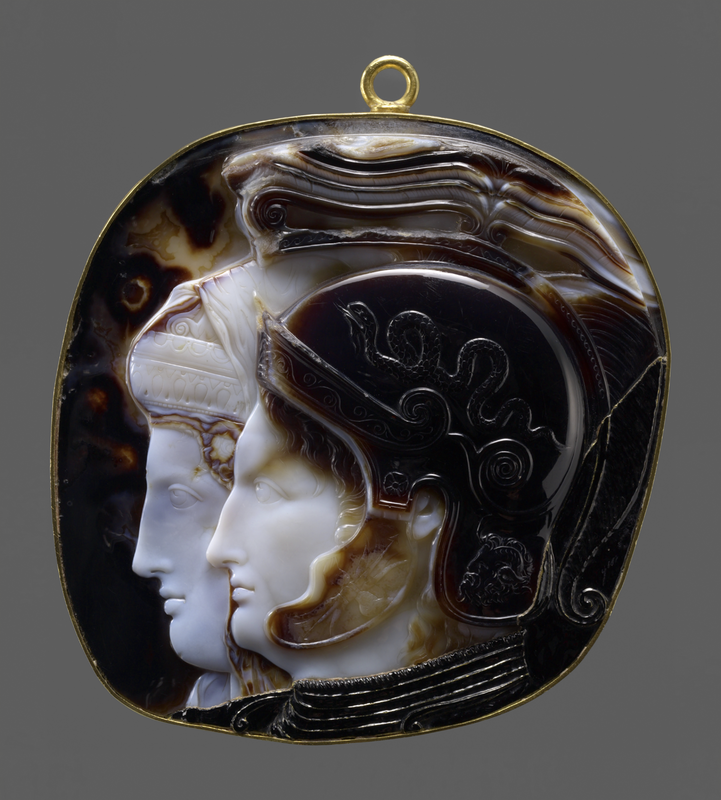 Rome became a dominant power in the Eastern Mediterranean and developed into a major center for Hellenistic art in the first century B.C. Roman intervention and conquest in the east was a long and slow process, beginning as early as 229 B.C., when the first Roman army crossed the Adriatic Sea. When Attalos III—the last ruler of the Attalid dynasty—bequeathed Pergamon to Rome on his death in 133 B.C., Rome’s presence in Asia Minor was strengthened further. The bronze portrait of the so-called “Worried Man,” excavated on the Greek island of Delos, is an eloquent testament to the turbulent times. Several major new sculptural types, such as the “Sleeping Hermaphrodite,” are displayed with an emphasis on examples that appealed to Roman tastes. The circulation of works of art is represented through material from late Hellenistic shipwrecks and, most notably, a selection of the Athens National Archaeological Museum’s important finds from the Antikythera shipwreck in Greek waters, along with finds from the Mahdia shipwreck off the Tunisian coast. The magnificent “Borghese Krater,” a type represented in the Mahdia ship’s cargo, is an outstanding example of the new decorative art being created by Greek sculptors for sumptuous Roman villas.

The complex history of the formation of the Roman Empire is presented through portraits of historical figures, including Mithradates Eupator, Pompey, Julius Caesar, and Cleopatra. The exhibition concludes with the Roman Emperor Augustus and the late Hellenistic rulers. Of particular interest is the exquisite sculpture of Juba II, who was brought to Rome as part of Caesar’s triumph over Numidia, educated there, and later restored to the throne by Augustus as a client king. Although the power of the Hellenistic kingdoms came to an end in the late first century B.C. with the defeat of Cleopatra and Mark Antony at the Battle of Actium, the innovations of Hellenistic artists fostered by their royal patrons would influence Roman Imperial art for centuries. 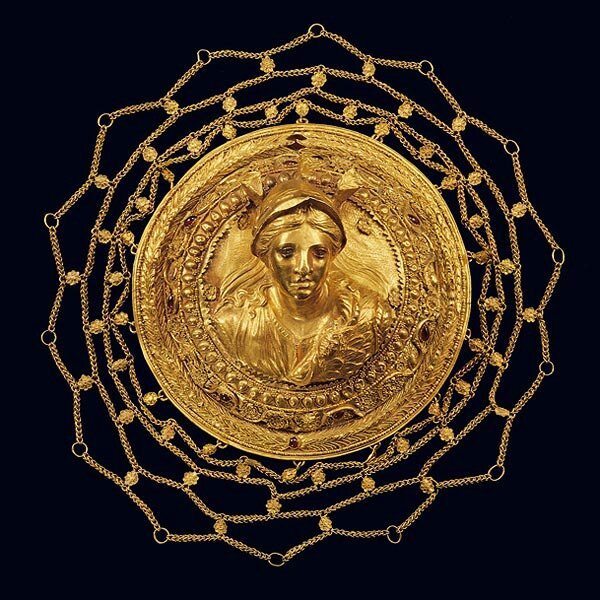 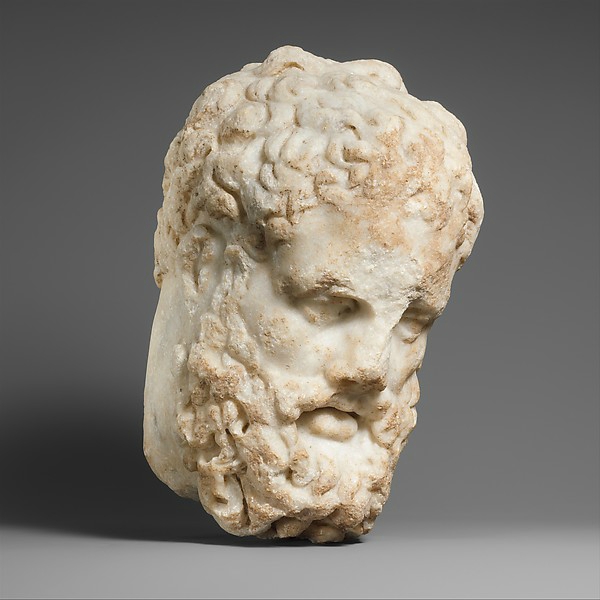 “Il Spinario” is included in “Pergamon and the Hellenistic Kingdoms of the Ancient World,” a Metropolitan Museum of Art exhibition examining how Greek Classical art and works of other cultures influenced each other. © Richard Perry/The New York Times. 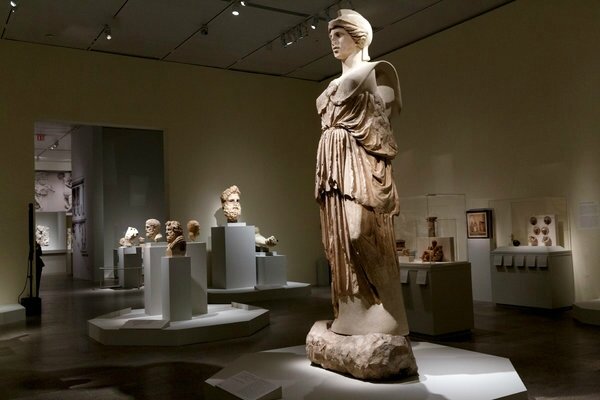