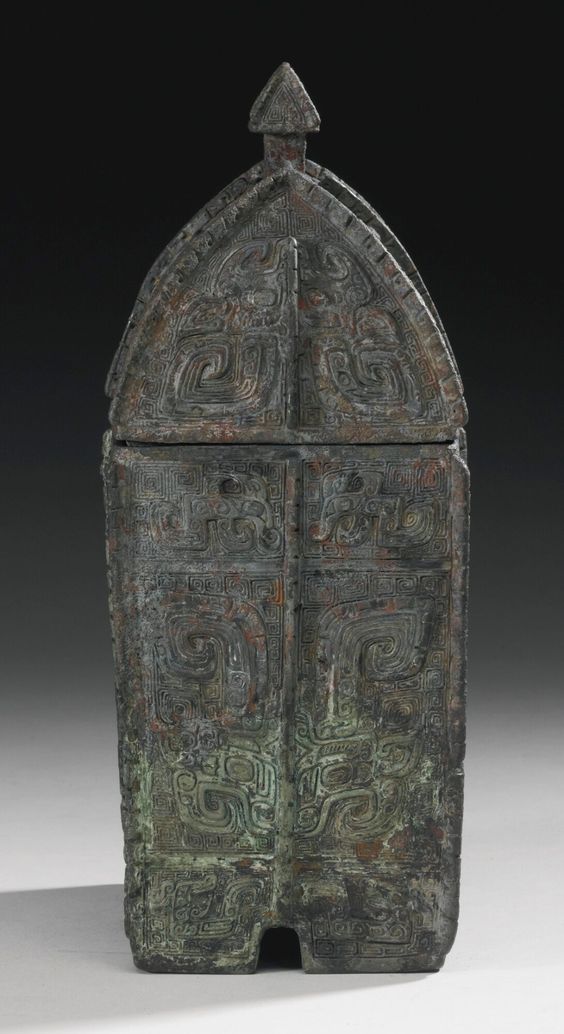 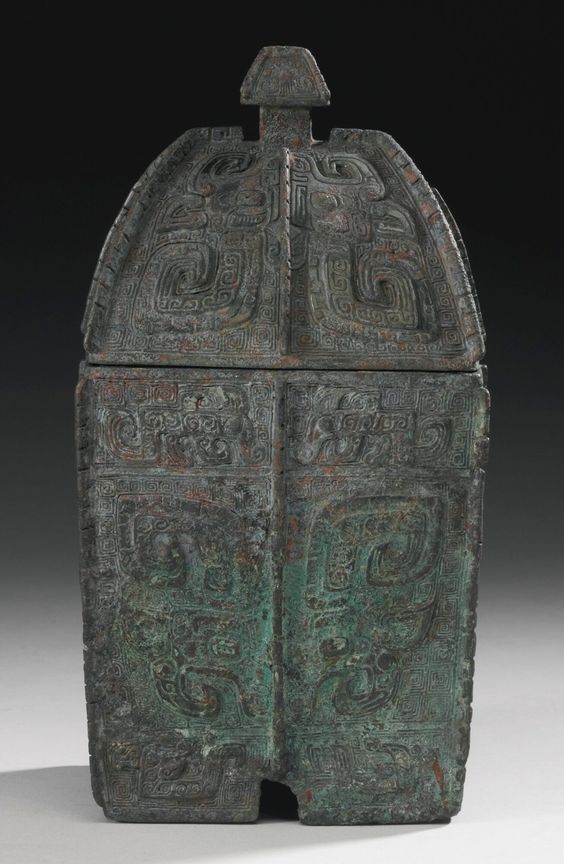 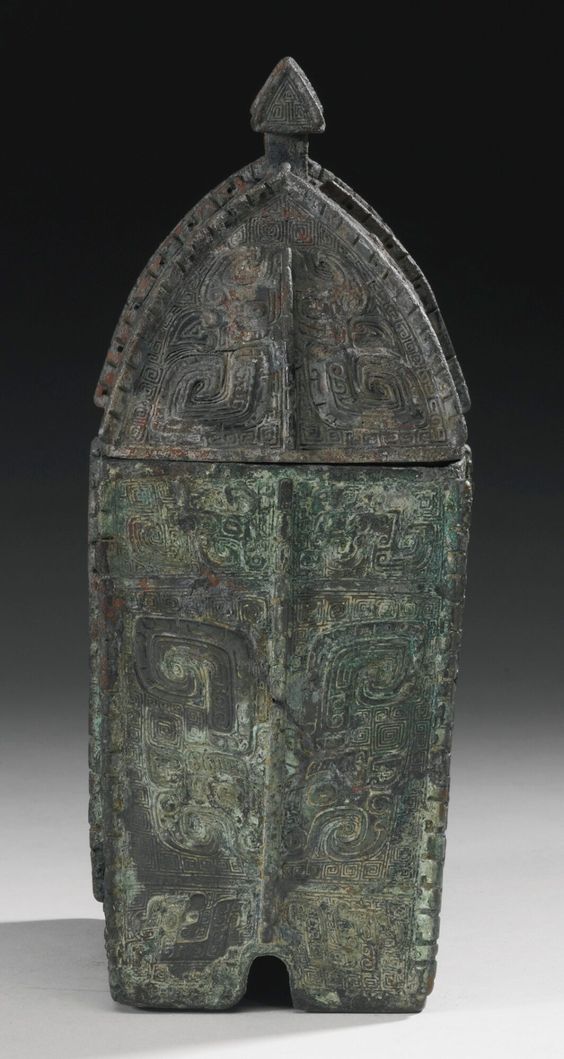 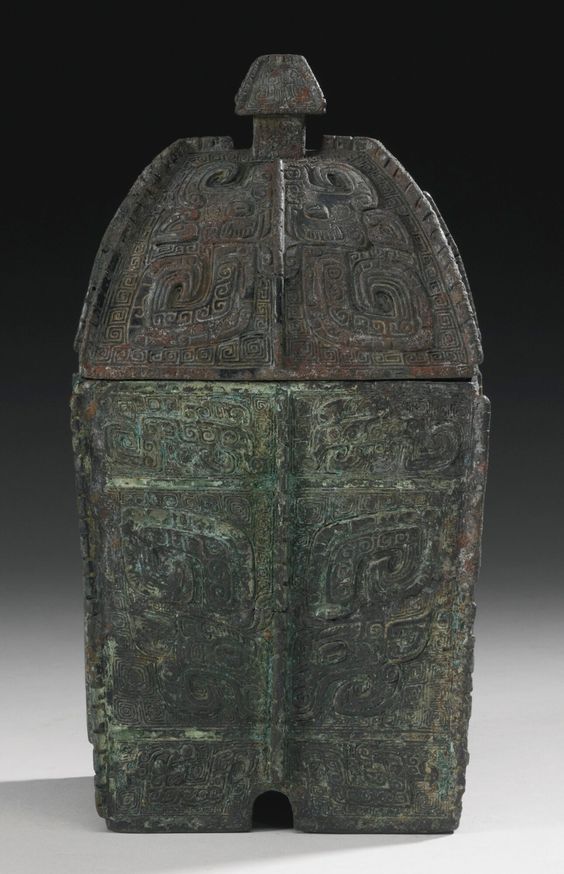 of well cast slightly tapering rectangular form, the decoration divided into three sections, the central frieze with a large taotie with protuberant eyes and slit pupils, hooked and curling horns, flanked between narrow registers of confronting long-snouted kui dragons, all against a finely cast leiwen ground vertically separated by narrow, notched flanges, and supported on a hollow foot with arched apertures at the center of each side, the slightly convex roof-shaped cover with its knop of the same shape similarly decorated, the interior of the cover with a single large pictogram Zhu, the reddish-brown surface lightly encrusted with malachite and some scattered azurite, wood stand, Japanese wood box (4).

Note: Bronze vessels of this rare shape are known both with linear and relief decoration and with and without flanges. Various different versions of fangyi are illustrated in Robert W. Bagley, Shang Ritual Bronzes in the Arthur M. Sackler Collections, Washington D.C., 1987. pp. 429-444 with the present example closely possessing the rounded flanged cover of fig. 77.15 to the narrow flanges and low-relief closely contained decoration of no 78 and the tapering sides of no. 79. A similar fangyi formerly from the Collection of Gladys Lloyd Robinson and then the British Rail Pension Fund was sold in our London rooms 12th December, 1989, lot 8.