NATURE IN LAYING. Masterpieces from the Kunsthistorisches Museum in Vienna in dialogue with contemporary photography

NATURE IN LAYING. Masterpieces from the Kunsthistorisches Museum in Vienna in dialogue with contemporary photography Treviso confirms its presence on the stage of great art with an initiative of high cultural value and international scope.

The original exhibition documents how the Still Life subject, Still Life, developed between the end of the sixteenth century and throughout the seventeenth century, inviting the viewer to look at one of the most evocative genres of European painting in a new light. To these are added further loans from  important museums and foundations in the Veneto region , such as the  Gallerie dell'Accademia in Venice , the  Museum of Medieval and Modern Art in Padua  and the  Benetton Studi Ricerche Foundation in Treviso . 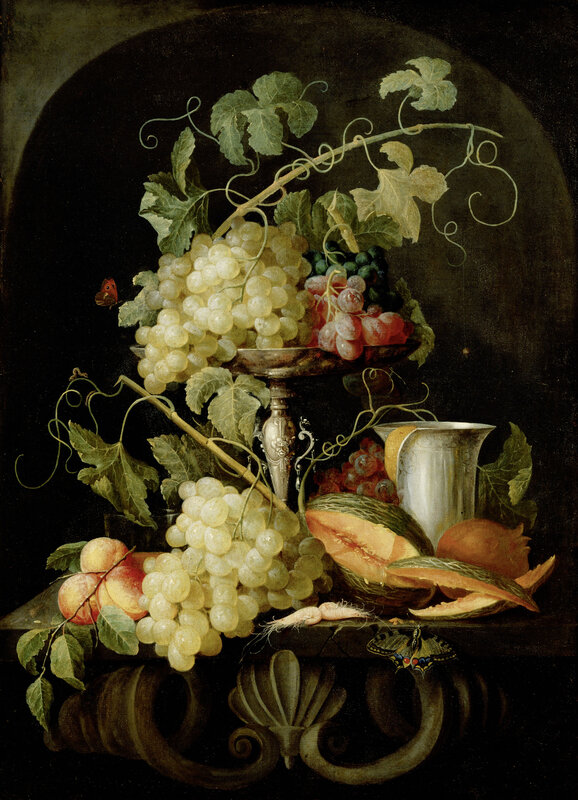 The exhibition, curated for the ancient section by  Francesca Del Torre, with Gerlinde Gruber  and  Sabine Pénot  - responsible for the Kunsthistorisches Museum in Vienna for Italian, Flemish and Dutch painting respectively - and  Denis Curti , artistic director of the Casa dei Tre Oci in Venice , for the photographic section, it is the first appointment of a large project of exhibitions and events, developed by the City of Treviso together with Civita Tre Venezie, Intesa Sanpaolo and important institutional partners, in order to enhance, in Italy and in the abroad, the extraordinary heritage of the Treviso area. "The wait is over - declares  Mario Conte,  Mayor of the City of Treviso - and we can raise the curtain on  Natura in Posa , the first major exhibition of our cultural programming with 50 magnificent works of the Kunsthistorisches Museum in Vienna, a unique in the European panorama if not even worldwide. There is great emotion and a thread of pride for the beginning of this journey which intends to bring to Treviso works by the great artists of the late sixteenth century with an eye towards internationality in dialogue with the peculiarities of our territory. It is an ambitious project but we start with great enthusiasm". "We are proud to host this great exhibition in Treviso - declares  Lavinia Colonna Preti ,  Councilor for Cultural Heritage and Tourism of the City of Treviso  - so unique and innovative from many points of view: if on the one hand it offers an unrepeatable opportunity to see up close such an important number of Flemish masterpieces from the 1500s and 1600s, on the other hand, for the first time ever, narrate the narrative power of objects, the so-called Still life genre, in a historical excursus from the Renaissance to the present day through the combination of absolute pictorial icons, such as the "bouquet of flowers in blue vase" by Brueghel the Elder, with the icons of contemporary photography, discovering them united by a single strong inspirational theme, that of Vanitas ". 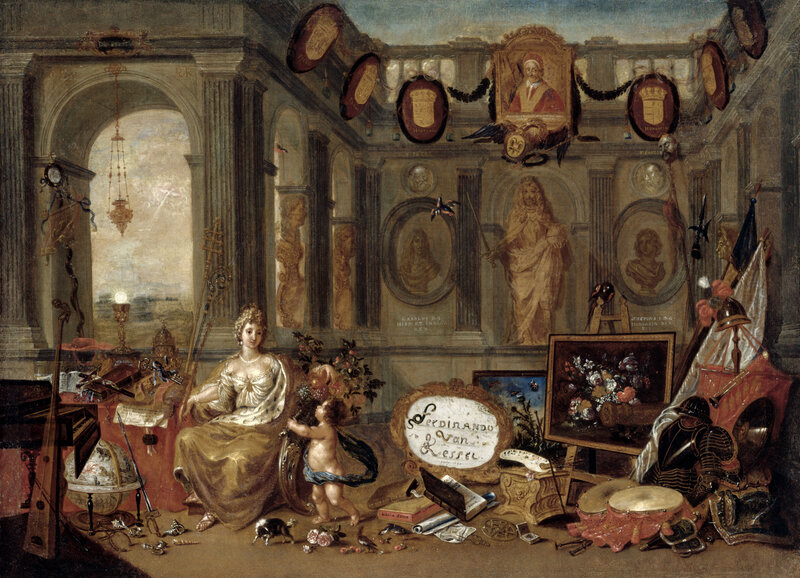 "The exceptional collaboration with the Kunsthistorisches Museum in Vienna - underlined  Emanuela Bassetti ,  President of Civita Tre Venezie and Marsilio Editori - testifies to the quality and internationality of this project.  Natura in Posa  is an original exhibition that allows us to grasp the evolution of the Still Life genre through the elegance and perfection of the unpublished works of Francesco Bassano, Jan Anton van der Baren, Jan Brueghel the Elder, Evaristo Baschenis, Elisabetta Marchioni, to name a few. The participation of the Casa dei Tre Oci allows to establish an interesting dialogue between painting and photography, providing a contemporary interpretation thanks to the shots of the greatest photographers". Painter from the circle of Johannes Leemans, Still life with hunting tools, around 1660, Oil on canvas, 118 cm × 167 cm, Courtesy KHM-Museumsverband.

"Still lifes represent objects, animals and flowers familiar to all of us and which, however, do not know decay - explains  Francesca Del Torre ,  Curator of the Kunsthistorisches Museum in Vienna and the exhibition - They deceive the observer, stimulating at the same time the reflection on the transience of life. Herein lies their charm which we believe still has a strong attraction on the public today.”

“ Still life - declares  Denis Curti, Curator of the photographic section of the exhibition - is a photographic genre that continues to register a growing interest and that, with digital technology, has even exploded. The selection of images on display is the mirror of this passion and is the reflection of a photographic modality that intends to approach the same feelings of the pictorial practices." " Natura in Posa  is only the first of the various initiatives that Intesa Sanpaolo has decided to support to support the City of Treviso in what is increasingly a wide-ranging collaboration aimed at its cultural enhancement - declares  Renzo Simonato ,  Regional Director for Veneto, Friuli Venezia Giulia and Trentino Alto Adige by Intesa Sanpaolo - This is a four-year program that includes major art exhibitions and events for the Treviso community, in a logic of public-private collaboration. Intesa Sanpaolo is strongly committed to supporting the activity cultural heritage of the country and Veneto in particular where there are many initiatives promoted by the bank". Nature in pose  offers the visitor a surprising journey, both thematic and chronological, where the evolution of the still life genre will be told , which has its origins already in antiquity, but which conquers the attention of the Bassano family, in Veneto , and then rise to the rank of autonomous representation around the 17th century in the Netherlands where it reaches its peak, becoming one of the strongest sources of inspiration even for the  great contemporary artists  who reinvent and reinterpret the theme with personal and sometimes visionary suggestions. Extraordinary  vanitasfloral arrangements, refined market scenes, sumptuous tables laid out on display alongside portraits of interiors and seasons or precious iconic symbols that recall the transience of life and its pleasures, such as butterflies, books, watches, musical instruments. 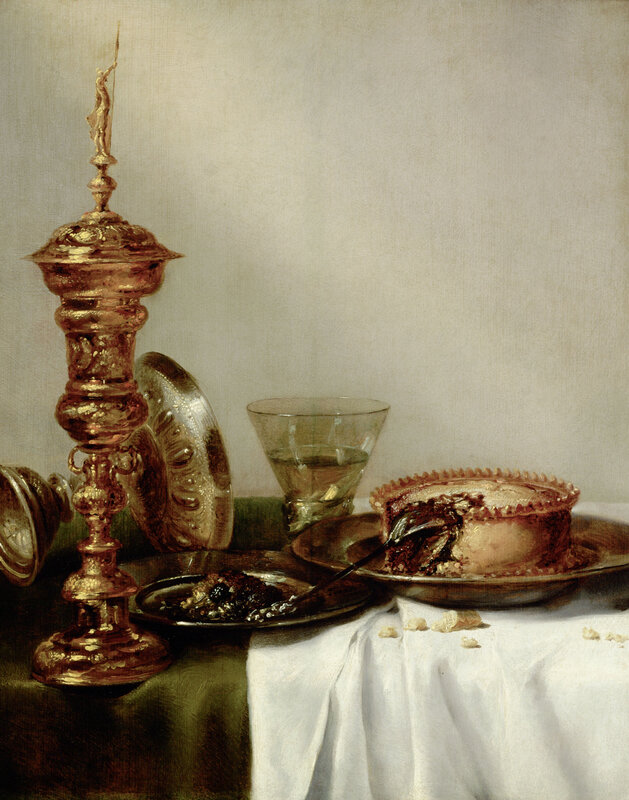 The works of artists such as  Francesco Bassano ,  Lodovico Pozzoserrato, Jan Brueghel the Elder, Pieter Claesz, Willem Claesz Heda, Jan Weenix, Gerard Dou,  Evaristo Baschenis, Gasparo Lopez dei Fiori, Elisabetta Marchioni  - which enchant for pomp, creativity and perfection of execution - dialogue with the most iconic contemporary photographs. Thus we move from the  vanitas  capable of misleading  David LaChapelle  to the raw and ironic reportages of  Martin Parr  on mass consumption, from the magnificent and sensual flowers of  Robert Mapplethorpe  to the  Flowers  of  Nobuyoshi  Araki , from the series dedicated to the soup tureens of Franco Vimercati to the  idea of ​​pictorial classicism by  Hans Op De Beeck , to the Herbarium project   by  Nino Best.

The exhibition is accompanied by a catalog published by  Marsilio Editori. 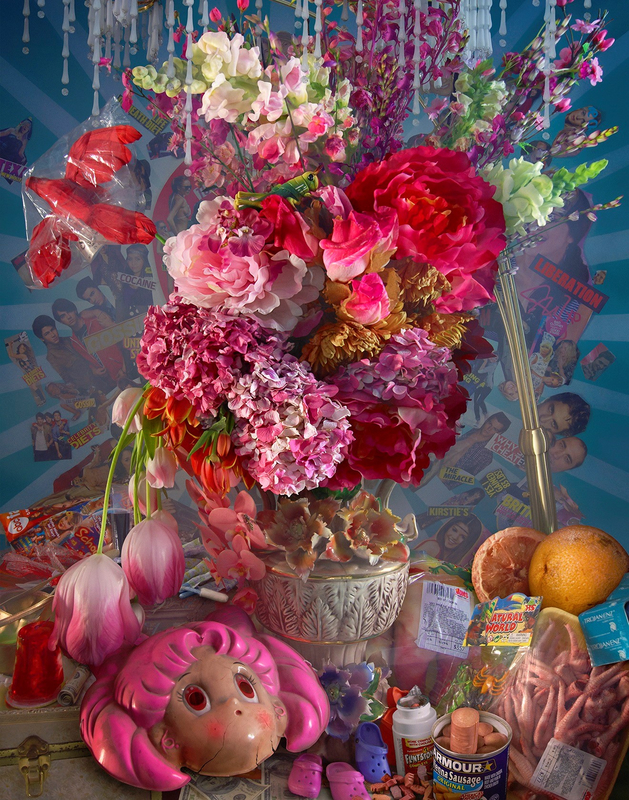 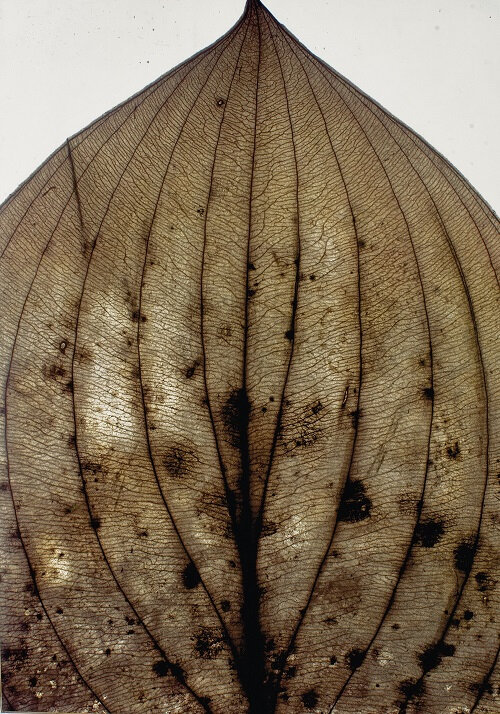 Commentaires sur NATURE IN LAYING. Masterpieces from the Kunsthistorisches Museum in Vienna in dialogue with contemporary photography