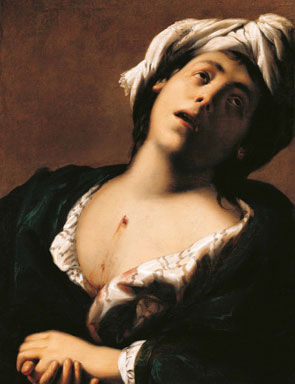 VIENNA.- For the first time, the exhibition “Eros & Thanatos – Drives, Images, Interpretations”, on view at the Sigmund Freud Museum and in the Historic Library of the Liechtenstein Museum, thematizes Freud’s theory of drives through exceptional works of fine art. Paintings, drawings, prints, enamels and sculptures by artists including Dürer, Rubens, Bellucci, Klimt and Schiele illustrate the interplay between the life and death drives.

In his late work, Freud’s theory of drives centered on the opposition between the death drive (Thanatos) and the life drive (Eros). He sought to explain the diversity of psychical life through the interplay of and conflict between these two primal drives. “Eros & Thanatos” is the first joint effort of the two museums, and it represents a continuation of the Sigmund Freud Museum’s cooperation with the Graphic Collection of the Vienna Academy of Fine Arts.

Inge Scholz-Strasser, director of the Sigmund Freud Museum, elucidates: “In this exhibition we have brought together a controversial psychoanalytic theory with two internationally renowned and art-historically significant collections. It is the first cooperation with the nearby Liechtenstein Museum, which has provided key works on loan to the Sigmund Freud Museum.”

Johann Kräftner, director of the Liechtenstein Museum continues: “With this exhibition we would like to bring together the energies of the two museums, providing a new impulse in a district that has repeatedly been the birthplace of great cultural achievements in Vienna. Through the cooperation of two great antipodes, the home and workplace of Sigmund Freud in Berggasse and the Liechtenstein Palace, working together with the Graphic Collection of the Academy of Fine Arts, new realizations are opened by the integration of a transdisciplinary perspective into the consideration of themes of which one might have thought there was nothing new to know.”

The exhibition illustrates Freud’s many-sided theory of the life and death drives using paintings and graphics from antiquity, the Renaissance and the fin de siècle. During Freud’s life, artists such as Schiele, Klimt and Kokoschka devoted great attention to the theme of sexuality without ever having read Freud’s theories on the topic. Conversely, although Freud felt himself misunderstood by his adherents in the question of Eros and Thanatos, he also did not seek contact to the artists of his era, instead only taking heed of the resonances he found with his revolutionary theories in the writings of the pre-Socratic philosopher Empedocles.

In “Eros and Thanatos” the Sigmund Freud Museum and the Liechtenstein Museum use Freud’s texts in exploring the tension between life and death, between violence and passion in the work of artists of various epochs – from Dürer through Giordano to the Vienna Secession.

Eros and Thanatos in the Work of Sigmund Freud
In Beyond the Pleasure Principle (1920) Freud introduced the life and death drives for the first time, whereby he declared that his earlier conception of a duality between the self-preservation drive and the sex drive was no longer sufficient. Although a number of psychoanalysts expressed doubt regarding his new theory, Freud remained an energetic proponent of this theory for the rest of his life.

According to his essay, the life drive – Eros – strives to lengthen life and makes connections to objects, while the death drive – Thanatos – yearns for a return to an earlier stage of life, a tension-free and almost lifeless state, and does not strive to enter into object relationships. In Freud’s last years, his theories of Eros and Thanatos found increasing resonance before the background of the violent and selfdestructive nature of political and social developments worldwide. In his 1932 letter to Albert Einstein, Freud linked Eros to love and Thanatos to hate, while at the same time warning: “(...) we must be chary of passing overhastily to the notions of good and evil. Each of these instincts is every whit as indispensable as its opposite, and all the phenomena of life derive from their activity.” The exhibition “Eros & Thanatos” shows how continually relevant the struggle between external storm and inner drive has remained for humanity over the centuries.

The exhibition’s team of curators and scientific advisors includes Monika Knofler, director of the Academy’s Graphic Collection, Johann Kräftner, director of the Liechtenstein Museum, Hannes Etzlstorfer, and Jeanne Wolff-Bernstein, a psychoanalyst based in San Francisco and former president of the Psychoanalytic Institute of Northern California. 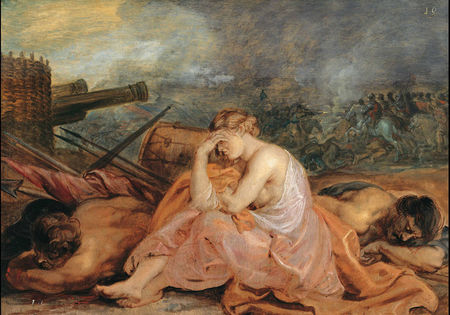