New York - Christie’s announces a blockbuster line-up of Impressionist and Modern art highlights from its combined cross-category week of major fine art sales, to be held November 9 – 13, 2015. Over 500 works of Impressionist and Modern Art by the most celebrated artists of the era will be offered across the week, beginning with The Artist's Muse: A Curated Evening Sale on November 9, Impressionist & Modern Art Evening, Day and Works on Paper sales on November 12 and 13, and a companion online-only sale of Picasso Ceramics running November 3 – 20.

Christie’s previously announced the sale week will be led by Amedeo Modigliani’s Nu couché from 1917-1918, a masterpiece of the Modern era. Poised to set a new auction record for the artist, it is among the star lots of a special cross-category sale of 20th century art curated along the theme of the artist’s muse. Selected Impressionist and Modern Art highlights are detailed below; additional Post-War and Contemporary Art highlights will be announced in the coming days. Complete e-catalogues will be available online prior to October 19. 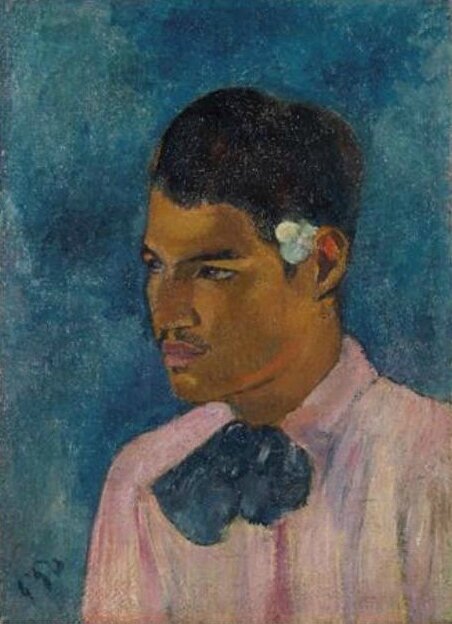 PROPERTY FROM THE COLLECTION OF DIMITRI MAVROMMATIS

A richly colored and fully-worked portrait created early on during Gauguin’s first extended stay in Tahiti. For Gauguin, the island itself and its people were his muse.

Gauguin’s Tahitian paintings are among the most admired and coveted artworks of the Post-Impressionist period. This portrait was first owned by Henri Matisse, and has been in the same private collection for the last 30 years.

Single subject portraits by the artist from this period are exceedingly rare, with the last offered at auction in 2008. A masterfully carved female form from his Tahitian period; it is among the great rarities by the artist to appear at auction and is poised to exceed the standing record for any sculpture by Gauguin.

At a little over 2 feet in height, the sculpture originally stood in front of Gauguin’s home in Tahiti alongside a sibling sculpture, Père Paillard, now owned by the National Gallery in Washington D.C. The work retains the gold gilt Gauguin used to highlight the carving and fashion the clothing.

Executed after several years on the island, this sculpture displays a more abstracted, primitive style that influenced scores of modernist artists to follow, including Pablo Picasso. This two-sided work on paper comes from Cézanne’s celebrated Card Players series. Using the workers he encountered in Provence as his muse, Cézanne’s depictions of card players are widely considered to be one of the most important series of paintings in modern art.

The watercolor image on the front side of this masterwork is a study for the left hand figure in Cézanne’s oil paintings of men playing cards. In total, there are only seven known existing drawings and watercolors that Cézanne created as studies for his final Card Players paintings. While oils of this prime subject seldom appear at market, the watercolor is a prime work in its own right of Cézanne’s signature theme.

This vibrant and beautifully maintained work was acquired by the present owners in 1983 and has never before been offered at sale.

PROPERTY FROM A PRIVATE EUROPEAN COLLECTION

This powerful depiction of a musketeer is a triumph of Picasso’s late career, and was the signature promotional image for one of Picasso’s final grand exhibitions in 1970, at the Palais des Papes in Avignon.

The inspiration for this stylized self-portrait was the artist himself; here he brandishes a sword as a symbol of strength and the familiar costume of a “mosquetero”, a favorite motif and a nod to his Spanish origins.

Demand for late musketeer portraits from this late period has increased dramatically in recent years, driven in part by major exhibitions. Four of the top five auction results for works of this period have been achieved in the last five years, and Christie’s remains the global market leader in sales of works by Picasso. 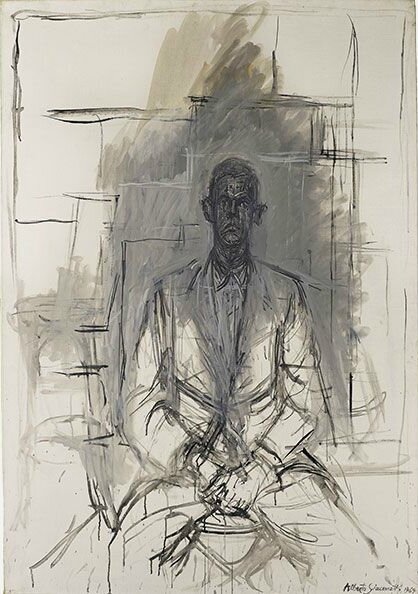 This portrait of American author James Lord is one of Giacometti’s best known and most widely published works on canvas. A brilliant example of the artist’s late style, the composition and use of space focuses attention on the sitter’s elongated head and body and intense expression of the eyes.

James Lord met Giacometti in a café in Paris in 1952 and became the inspiration for this painting, an experience he chronicled in his book “A Giacometti Portrait”.

The painting was featured in the Museum of Modern Art (MoMA)’s comprehensive 1965 retrospective on Giacometti.

Never before offered at auction, this mesmerizing portrait has been in a private European collection for the past 25 years. Modeled in 1953 Diego au blouson features Giacometti’s favored subject -his brother Diego. This sculpture, done in plaster, is a unique work and was the model from which the bronze edition was cast.

Displays a thick, built-up and almost painterly surface in the sweater that Diego wears, providing substantial bulk and weight to the figure.

Giacometti spent a great deal of time studying every line in Diego’s face and through this connection of artist and model, here he has crafted a deeply intense, heavily-worked and detailed portrait. PROPERTY OF AN EAST COAST COLLECTOR

A rare, colorful, and large-scale canvas by Monet presenting one of the most sought-after motifs from his oeuvre: Irises

The artist painted the present work from a view of his water garden in Giverny, as part of a larger series including his famous mural-sized floral compositions now at the Musée de l'Orangerie

The artist painted this work in the wake of WWI, bringing a bright spirit back to France A middle-period still-life of the artist’s most famous subject, apples

Previously in the collection of the Art Institute of Chicago PROPERTY OF E. ALEXANDRA STAFFORD FROM THE STAFFORD FAMILY COLLECTION

A fine middle period watercolor from 1885, executed during the artist’s most classical phase

It is an emphatically structured composition, and in exceptionally fresh condition with vibrant pigment throughout

Another work from the collection, Cézanne’s Le Repas is being offered as lot 1069 of the Impressionist and Modern Works on Paper sale on November 13. PROPERTY OF A LADY

Large-scale, prime Surrealist Magritte oil exhibiting one of his most renowned subjects, the female nude, here with a particularly alluring palette

This motif evolved into an important series of about six canvases with the same pictorial elements, completed in 1946 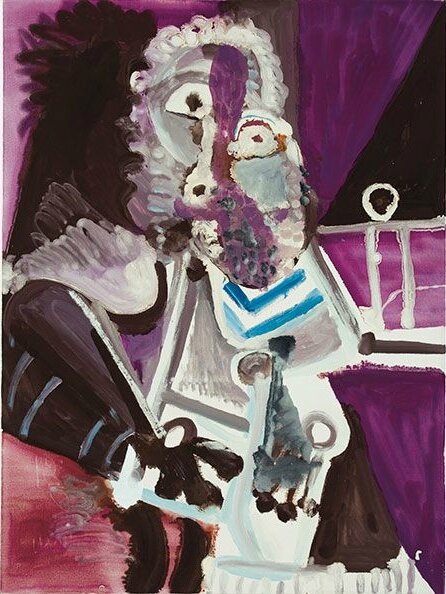 THE MILES AND SHIRLEY FITERMAN COLLECTION

At over four feet high, this late period Musketeer is grand in scale with a pleasing heavily-worked paint surface

As with many of Picasso’s musketeers, the painting is also a form of self-portrait, with Picasso imagining himself as a young soldier 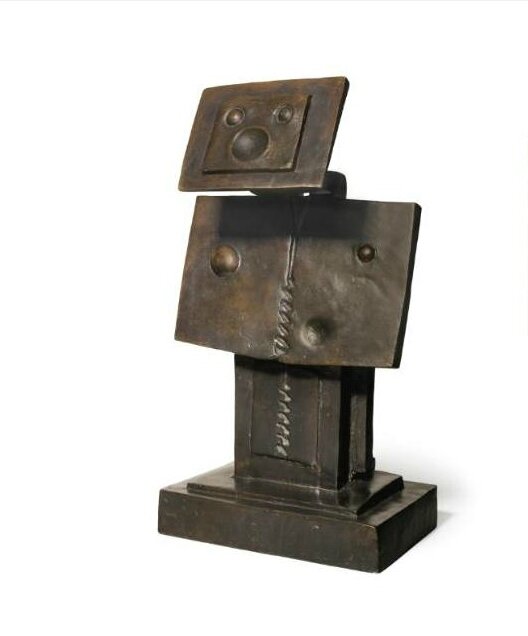 The artist created the present motif while working in Long Island, New York in 1944

The motif relates to the Greek myth of the hero Hercules and his larger adversary, Atlas; while there existed a sort of symbiotic relationship between the two, they also competed

Post-War and Contemporary Art Day Sales, I and II: Wednesday November 11, 9AM & 2PM

Impressionist and Modern Day and Works on Paper Sales: Friday November 13, 10AM & 2PM