'Sin and Secession, Franz Stuck in Vienna' at the Lower Belvedere

'Sin and Secession, Franz Stuck in Vienna' at the Lower Belvedere VIENNA - On view from July 1 to October 9, 2016 at the Lower Belvedere, the exhibition Sin and Secession Franz Stuck in Vienna focus publishing house Gerlach & Schenk, the show also highlights his influence and importance as an initiator of the Secession in Vienna. erotic paintings, most notably the painting Sin, were both popular and controversial not only because of his choice of subject matter, but also because of his conceptual approach to image making and compelling designs, which set new standards for the look that would be associated with the Munich Secession (founded in 1892) one that would be emulated by the Vienna Secession, founded five years later.

Stuck’s Symbolism and iconic motifs paved the way for Jugendstil painting (German Art Nouveau). He also played an influential role not only in the Munich Secession, but also regarding the formation of Vienna’s own Secession movement.

Franz von Stuck, born in Bavaria in 1863 as the son of a miller, studied Fine Art in Munich and soon became one of the city’s so-called “Painter Princes” alongside Franz von Lenbach and Friedrich August von Kaulbach. Opposed particularly to Lenbach’s academic practice, he cofounded the Munich Secession in 1892 – five years prior to the foundation of the Vienna Secession by Gustav Klimt, among others, who was greatly influenced by Franz von Stuck. Stuck had close professional ties with the Austrian capital from the start of his career, a fact that is often overlooked and is the central focus point of the current exhibition at Lower Belvedere. His collaboration with Viennese publishing house Gerlach & Schenk, notably his internationally published folios Allegories and Emblems (1882) and Cards and Vignettes (1886) helped establish him as a “shooting star” of his age. In 1892 Vienna’s Künstlerhaus also staged Stuck’s first extensive solo exhibition, which would have a major impact on Viennese art of the time and struck a chord with the art-hungry Viennese audience. While Stuck’s influence on the following generation of painters – as a professor at the Munich Academy he taught Wassily Kandinsky, Paul Klee, Paul Stollreither, and Heinrich Strieffler among others – is undisputed, as is his impact on the formation of Jugendstil painting especially with his signets from the 1920s, his immense influence on the Viennese Secessionists tends to be unjustly reduced to Gustav Klimt, according to Lower Belvedere. By focusing especially on his work with Gerlach & Schenk and his work prior to 1900, the Vienna show aims to shed light on this connection, uniting graphics, painting, and sculpture, as well as photography, a medium then still relatively novel, whose potential the artist used frequently for the creation of his landscapes. Particularly his “Evening Landscape” from 1891 influenced Viennese painters such as Carl Moll, Rudolf Jettmars, and Adolf Hölze, and also inspired Viennese photographers such as Heinrich Kühn, Hugo Henneberg, and Hans Watze. Though one of the most stunning juxtapositions may well be a photographic study by Stuck or his daughter Mary of Austrian actress Tilla Durieux as Circe in c. 1912, and the eponymous oil painting created one year later. Next to iconic works such as the aforementioned “Sin”, “The Guardian of the Paradise” (1889), Franz von Stuck’s first famous work, or his daunting depictions of “Lucifer” (1890/1891) and the “Head of Medusa” (c. 1892), the exhibition features  classically inspired representations of Pan, Orpheus, and Dionysus, as well as his only large-scale sculpture “Spear-Throwing Amazon,” as further highlights. 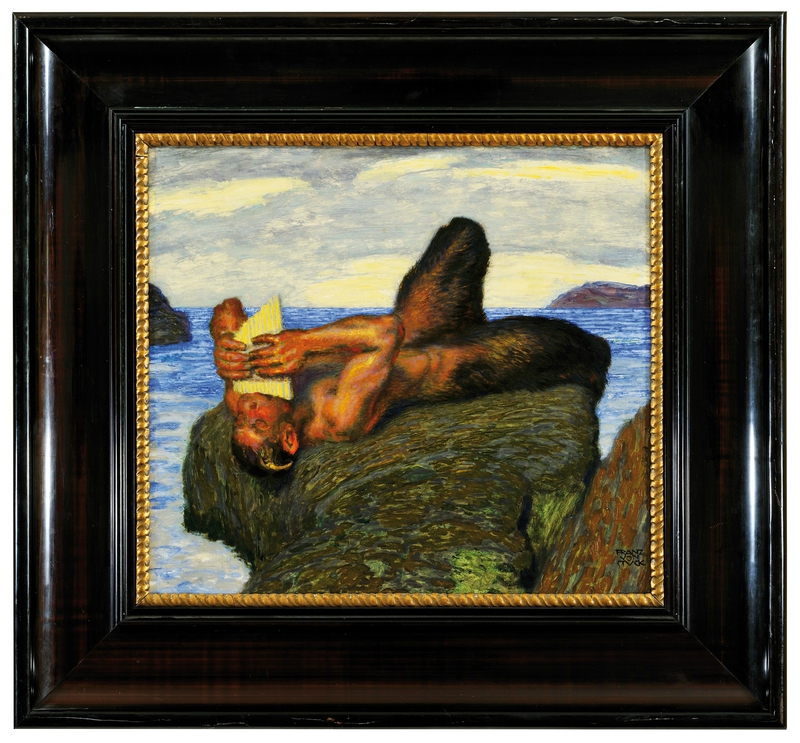 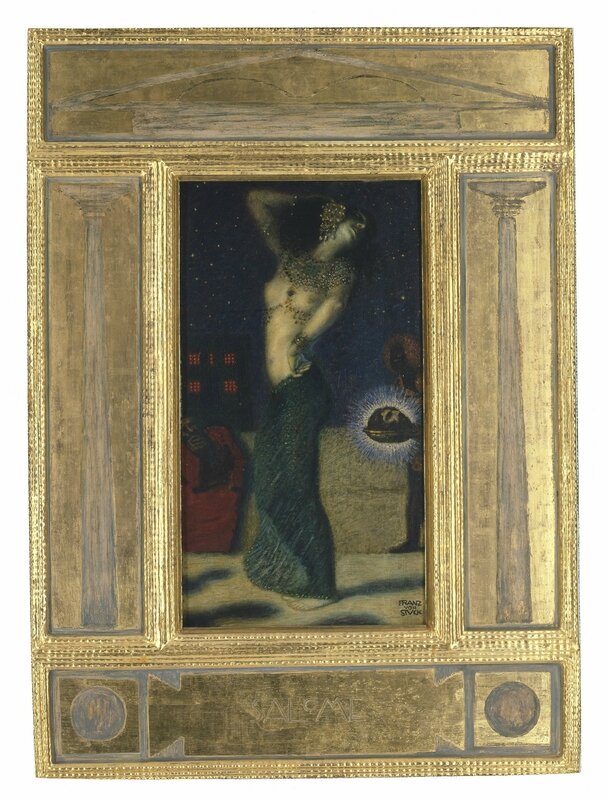 Commentaires sur 'Sin and Secession, Franz Stuck in Vienna' at the Lower Belvedere